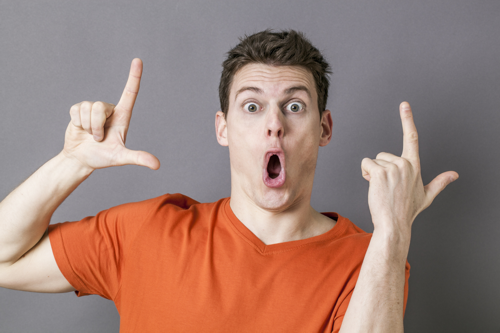 Most kids love to hang out at their friends’ houses because it’s a chance to explore a whole new home. Another family will usually carry different foods in the refrigerator, have a different outdoor space, different video games, and so forth. That’s all great, but what about the rules and customs in that home? After all, every parent has different rules and expectations for their own home. Make sure that you follow the rules and show respect when you’re at someone else’s house so that you get asked back.

Be extra polite and patient when you’re at someone else’s home.

If you ask for something, first ask yourself if the parent looks busy. If the parent is busy but you need something, check back in five minutes when they will probably be less busy. Most adults have a lot to do, and it usually adds a little more work for them when they invite their child’s friend over. Be sensitive to the fact that this parent agreed to allow you at the house as a nice gesture to their own child, so be respectful and kind in turn.

Do not curse in your friend’s home.

Watch your language closely when you are at your friend’s house. Perhaps you curse like a sailor with your friends or at your own home, but understand that every house has different rules and  that most parents are not okay with kids cursing. As a parent, I will not allow my children’s friends to curse in my house. I don’t let my children do it, so I won’t let another child do it, either. If you slip up and curse in your friend’s home, expect that most parents will say something to correct you and don’t get offended when they do. Again, who’s house it? Who gets choose to the rules?

Never question the rules or talk back to your friend’s parents.

You might believe that this rule goes without saying, that teenagers would never do such a thing at their friends’ houses. Sadly, kids break this rule every day in other people’s homes. When your friend’s parent tells you something, listen and don’t question it – it’s simply not your house. By questioning a friend’s parent – or trying to negotiate with them about a curfew or a favor – your behavior says, ‘I know you went out of your way to let me come over, and I don’t care at all about what you want or your feelings.’

Watch your negative comments about that family’s cuisine, house décor, and cleanliness

I will confess something from my past that might make you laugh but actually hurt my bank account. When I was a teenager babysitting for extra money, I once babysit for a family whose house was so filthy that I spent a couple hours cleaning after the kids went to bed. At the time, I thought I was doing something nice, but I never got asked back to babysit. Translation: no more pocket money for me. Why didn’t they ask me back? The parents were probably offended that I cleaned, suggesting that their home was gross and that it was too gross for me to babysit in as it were. In short, you – and I! – should respect someone else’s home and show that respect by: not commenting on cleanliness (“It is so disorganized in here” or “It smells funny”); not commenting on decorations or art work (“What is that? It looks awful”); and not commenting on cuisine (“What is this food? It looks weird and I don’t like it”).

The right thing to do vs. the right way to get asked back

I’m advocating showing respect and politeness when you’re at your friends’ houses because it’s the right thing to do. If you don’t understand now, you certainly will one day when you have kids of your own and you’re the one who has to manage an entire household. For those of who do it, we can all agree on one simple fact: it’s not easy! If you can’t bring yourself to engage in respectful behavior, do it because it’s the right thing to do. Secondarily, it’s also the only way you’re going to get asked back to your friend’s house. Trust me: I hear every week from parents who had a bad experience hosting another child at their house, and the parents often say that they will never let so-and-so back over at their house because of the bad behavior. Make your life easier by not being one of those kids!

Dr. Seth Meyers Dr. Seth Meyers is a licensed clinical psychologist and author in Los Angeles, California. He specializes in parenting and relationships, and he is trained in multiple evidence-based parenting interventions. Dr. Seth earned his B.A. in psychology from Vassar College and earned his Psy.D. in clinical psychology from Yeshiva University in New York City. He appears regularly on television programs, including Good Morning America, 20/20, ABC News, The Doctors, Nancy Grace, Dr. Drew and others. Dr. Seth is the author of Overcome Relationship Repetition Syndrome and Find the Love You Deserve.
Related Content