Home article How To Handle The Mean Girl 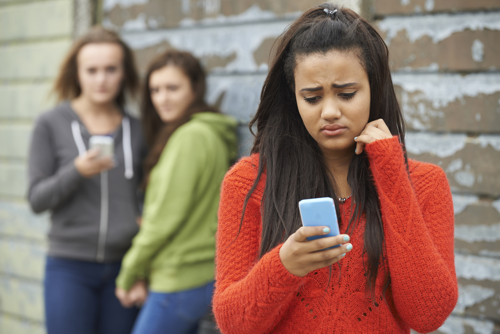 I’ve heard it said many times: “Girls are so much meaner than boys.” Research has been conducted with boys and girls about the different ways they are aggressive, and it shows that boys tend to be more physically aggressive with each other, while girls tend to be more socially exclusionary with each other. In other words, when girls get aggressive toward other girls, they tend to do it in a passive –aggressive way in which a girl or girls get excluded. If you have a mean girl in your life, keeping a few factors in mind will make your life a lot easier.

Understand the simple psychology of a mean girl

Every mean girl on earth is mean because, deep down, she is very insecure. She probably has a mom who is mean to her, or she has a mom who taught her that being mean will serve you better than being nice. What happens to mean girls later in life? Most mean girls find themselves in their 20s, 30s and 40s with few close friends, and this sometimes causes them to look at themselves in the mirror and to try to become nicer people.

Remember how many nice, supportive and cool girls there are.

Don’t let a handful of mean girls spoil your day or week. Remember that there are tons of other girls who know how to be nice and supportive, and these are the ones you should invest in. Whenever you encounter a mean girl, don’t overgeneralize and tell yourself that girls – all or most of them – are nasty and competitive. The truth is that most girls and women are decent people who know how to make and a keep a friend.

Move away when a mean girl approaches

The best defense against a mean girl is to stay the heck away from her. If you’re standing in a school hallway, walk away; if you’re in the cafeteria, eat at the opposite end; if a mean girl says something nasty to you, do not respond and say to yourself, “Only unhappy, insecure people act like that.” The goal is to never engage with a mean girl, no matter what she says or does. Engaging even for a moment gives her power, and no one nasty deserves a minute of your time.

You should never engage with a mean girl, but you can say something to any eyewitnesses. If a mean girl says something nasty to you in front of a group of people, look at the others and say something positive and smart. Don’t call her insecure because that will fuel the fight and put her down in front of others (more of the same girl-on-girl nastiness). Instead, say something insightful that the whole group can benefit from. Try making any of the following comments: “Hey, can we all agree that putting each other down isn’t cool?” “I want to say for the record that I am not down with being nasty to others, and hopefully there is someone here who agrees with me!”

Don’t participate in gossip about a mean girl

If you verbally trash a mean girl with other kids, you’re acting like a mean girl, too. If someone mentions a nasty girl and the group starts making fun of her, take the high road and educate the group. Say, “We all know that people act like that because they’re insecure, so it’s sad that she lives her life that way.”

Mean girls only have power if you give it to them. If you ignore their comments or avoid reacting to them, the mean girl doesn’t have power over you. After all, the only people who should have power over your feelings are people you trust and care about. Sadly, no one truly trusts a mean girl – even her supposed “best” friends. Remember that mean girls always end up feeling lonely, and that is a sad, sad way to live.

Dr. Seth Meyers Dr. Seth Meyers is a licensed clinical psychologist and author in Los Angeles, California. He specializes in parenting and relationships, and he is trained in multiple evidence-based parenting interventions. Dr. Seth earned his B.A. in psychology from Vassar College and earned his Psy.D. in clinical psychology from Yeshiva University in New York City. He appears regularly on television programs, including Good Morning America, 20/20, ABC News, The Doctors, Nancy Grace, Dr. Drew and others. Dr. Seth is the author of Overcome Relationship Repetition Syndrome and Find the Love You Deserve.
Related Content