Home article I Hate the Way I Look 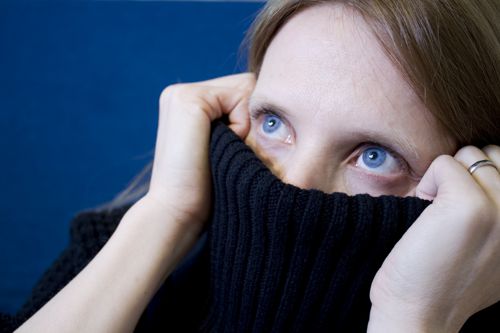 You are the one who gets to say if you like how you look. If you don’t like your appearance, well, you’re the only one who gets to decide. But keep in mind that you just might be wrong. Most likely, you look just fine.

Little kids don’t much care how they look. They run around with hair uncombed, in the same clothes they wore yesterday, and in their favorite, falling-apart shoes and they don’t care. They’re concentrating on having fun. But things change when kids grow older. They start to worry about what other people think of them and they start to misjudge their own appearance.

This worry about other people has a couple cool names in psychology. One is “social comparison,” which means that people – teens, especially – keep mental checklists of who has the nicest nose and the skinniest legs, and rate themselves lower than everyone else. They compare themselves on this private rating system and then make the mistake of thinking that everyone else is rating them low too. The secret is that no one is 100% happy with their looks. Everyone is rating themselves down, compared to other kids. For teens, social comparison works against everyone.

The second psychological idea is what’s called “the spotlight effect.” Teens tend to think they are standing in a spotlight, and others notice them and pass judgment on their looks all the time. This isn’t just being egotistical, it’s part of the development of kids from children to adults. It’s normal. But, obviously, it’s also not quite right. We’re not standing in a spotlight and others aren’t talking about us. In fact, everyone feels they’re standing in their own spotlight and thinks everyone is looking at them. It’s hard to be realistic about your looks if you feel like you’re always onstage.

There’s one more psychological truth that’s not so cool: for some teens, their actual understanding of themselves and how they look gets distorted. Teens sometimes look in the mirror and see, not the person who is really there, but someone who looks much fatter or much weaker or much uglier than they really are. This is what’s behind anorexia, the eating disorder. Young men and women with anorexia look in the mirror and see a different self than the one who is really there, just as if they were looking in a funhouse mirror. They can waste away to nothing and still see themselves, quite literally, as too fat.

The fact is that during the teen years, people are vulnerable to distorted thinking about themselves and how others see them. This is normal. It’s safe to say that, to some extent, every teen views themselves in a way that doesn’t quite line up with reality. When your parents tell you that you look just fine, they are telling the truth.

But if you don’t think so, then you are the one who gets to say. No one has the right to argue with you. Keep in mind, though, that you likely are wrong. You likely will grow out of feeling so dissatisfied with your looks and will recognize eventually that how you look isn’t so important as who you are.

A warm smile, a helpful attitude, and a kind heart make anyone beautiful. For now, concentrate on that. If, once you’ve grown up, you still don’t like your looks, you can decide then what to do. For now, wait. See if your priorities don’t change as you grow beyond the psychological minefield you’re in right now.

Dr. Patricia Nan Anderson Dr. Patricia Anderson is a nationally acclaimed educational psychologist and the author of Parenting: A Field Guide. Dr. Anderson is on the Early Childhood faculty at Walden University and she is a Contributing Editor for Advantage4Parents. Learn more about Dr. Anderson at www.patricianananderson.com
Related Content